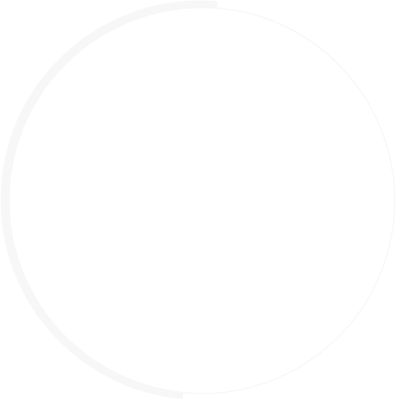 The magnetic design application has always been one of the
company’s main growth and turnover sectors.
Technical office full of valuable professionals has allowed the company to establish itself on the international market as one of the major players in the field of industrial magnetic solutions. Constant improvement is a prerequisite for long-term success. 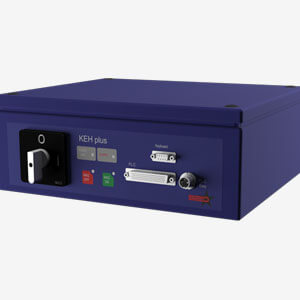 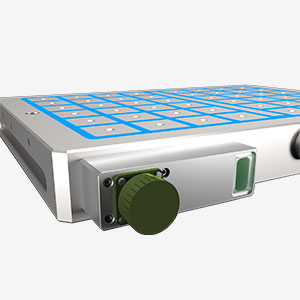 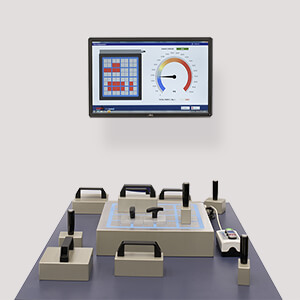 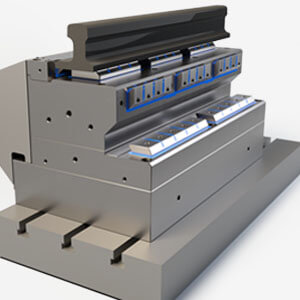 Our customized products are the result of careful research and development combined
with the most advanced and innovative production techniques, a guarantee of excellent quality and reliability.

Maximum customisation is SPD’s real plus. 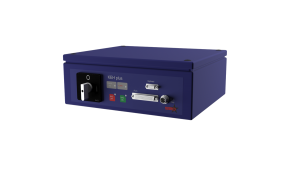 In 2010, in collaboration with our partner Schunk, we patented an electronic system that, once incorporated in our standard control units sold on the market, PREVENTS possible damage to the magnetic chuck or control unit if, within the system of connection or discharge of energy, there are anomalies or impediments such as to make it harmful to continue the magnetisation and demagnetisation.

For example, the presence of small metal fragments inside the connector (very frequent in dirty milling environments) causes a short circuit between the magnetic chuck and the control unit, potentially damaging one or both of the used items.

Another example is the possibility of connecting magnetic chucks with an incorrect electrical connection by mistake and the consequent serious repercussion that leads to the destruction of the Control Unit circuit or the magnetic chuck itself.

Briefly we can call this great and incredible feature: protection from short circuiting and incorrect electrical discharges.

SPD’s awareness of the safety of the working environment and of the operators within it, finds its strongest manifestation with this very innovative patented device called "magnetic status indicator". In simple terms, a mechanical display indicator is applied to the magnetic chuck which, at the time of magnetisation, will switch and indicate that the magnetic chuck is in the “green” state, indicating to the operator ACTIVE MAGNETIC FIELD while, at the time of demagnetisation, it will position itself with a rotation on the “red” state, NO MAGNETIC FIELD. Until now, in the electro-permanent system chucks, there was no system that could indicate to the operator the condition of the magnetic
chuck in front of him, with the risk of operating in wrong conditions and contrary to what was established for a correct interaction with the magnetic instrument. The indicator is
mechanical and therefore will never change its status over time except through the connection of a control unit and the consequent activation and deactivation of the MAGNETIC FIELD.

With this patent SPD wanted to demonstrate its ability to start an innovative path towards the real ability to measure the magnetic force between a magnetic chuck and the ferrous piece to be held, transforming it into KG of force and at the same time detecting the position of the work-piece on the magnetic support surface. The most significant innovation is the ability to arrive at precision readings of force and position of the work-piece, never reached in the past by other manufacturers of electro-permanent systems. The system is even able to detect the presence of gaps/air-gaps between the work-piece and the active magnetic surface, as well as to detect the force variation, as the thickness of the material and
the type of steel the work-piece is made of vary. This idea was renamed "intelligent magnetic system". 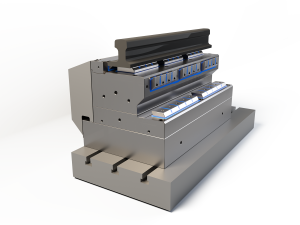 SPD has great competence in the field of magneto-mechanics and therefore aims to work at its bestnon the integration of magnetic and mechanical force and the possibility of combining them in a very efficient way. In the world of rails production, in the railway sector, we have invented a unique and ingenious working process that allows you to perform an initial processing of the left side of the rail with a magnetic seal, then an automatic shift from left to right of the rail still magnetically sealed in relation to processing and the subsequent processing of the rail on its right side again with a magnetic seal. The operator will load the rail to be processed and will unload it finished without the need to re-position it.